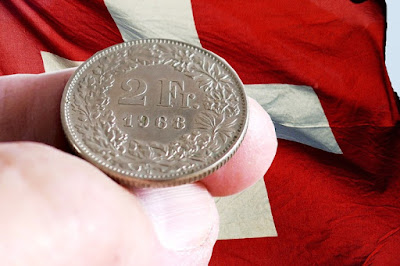 Judgment of ECJ in Case C-118/17 Zsuzsanna Dunai v ERSTE Bank Hungary Zrt. : The Hungarian legislation excluding the retroactive cancellation of a loan contract denominated in a foreign currency which includes an unfair term relating to the exchange-rate risk is contrary to EU law. The cancellation of the contract must be possible where it cannot continue to exist without the unfair term.
In May 2007, Mrs Zsuzsanna Dunai concluded with ERSTE Bank Hungary, a bank incorporated under Hungarian law, a loan contract denominated in Swiss francs (CHF). Under the contract, the loan was to be advanced to the borrower in Hungarian florints (HUF) and the conversion of CHF into HUF was to be made by applying the CHF-HUF exchange-rate based on the buying rate practiced by the bank on the day of the provision of the loan.
The contract provided in addition that the loan was to be repaid in HUF and that the amount of the repayments would be calculated on the basis of the CHF-HUF exchange-rate corresponding to the selling rate practiced by the bank on the day of each repayment. The fact that the loan was denominated in CHF and advanced in HUF created also an exchangerate risk connected with the CHF-HUF exchange-rate fluctuations. According to the contract, the exchange-rate risk was borne by the borrower.
During the course of the years following the conclusion of the contract, the exchange-rate risk took the form of a strong depreciation of the HUF vis-à-vis the CHF so that the amount of the repayments in HUF increased significantly. In 2014, Hungary adopted several laws (‘the 2014 laws’) in order in particular to amend certain unfair terms of loan contracts denominated in a foreign currency, including the term allowing banks to realise a profit in connection with the exchange difference resulting from the application of different rates at the time of the advancement and the repayment of the loan.
However, the 2014 laws did not concern the terms of those contracts in so far as they related to the exchange-rate risk, which continued therefore to be borne by the borrowers. The 2014 laws provide also that the borrower cannot retroactively cancel (that is to say with effect in relation to a period before the date on which a court decision is adopted concerning the cancellation) a loan contract which includes an unfair term not covered directly by those laws, such as that relating to the exchange-rate risk.
Hearing a dispute between Mrs Dunai and ERSTE Bank Hungary concerning the validity of their loan contract, the Budai Központi Kerületi Bíróság (Central District Court of Buda, Hungary) requests the Court to rule on the compatibility of the 2014 laws with the directive on unfair terms[1] , according to which, first, such terms do not bind consumers and, secondly, a contract which contains such terms may be maintained only where it can continue to exist without the unfair terms.
By this judgment, the Court notes, first of all, that, in so far as the Hungarian legislature addressed the problems connected with the practice of credit institutions consisting in concluding loan contracts containing terms relating to the exchange difference, by amending those terms by means of legislation and by safeguarding, at the same time, the validity of loan contracts, it fulfilled the objective pursued by the EU legislature concerning contracts containing unfair terms.
That objective consists in restoring the balance between the parties, whilst maintaining, as far as possible, the validity of the entirety of a contract, and not in cancelling all contracts containing unfair terms. In that context, the Court notes nevertheless that an unfair term must, in principle, be considered to have never existed, so that it can have no effect on consumers, who must be able to be in the same legal and factual situation in which they would have been in the absence of the term at issue.
Consequently, as regards terms relating to the exchange difference, the 2014 laws can be considered to comply with the directive where they allow the restoration of the legal and factual situation that consumers would have been in if those unfair terms had not existed, by, inter alia, creating a right to restitution of advantages wrongly obtained by the seller or supplier on the basis of those terms. It is for the Hungarian court to determine whether that condition was satisfied in this case.
As regards the term relating to the exchange-rate risk, the Court concludes that it defines the main subject-matter of the contract so that, in the event that the unfair nature of that term is demonstrated, the continuation of a contract containing such a term does not appear to be legally possible, which it is however for the Hungarian court to assess. In that regard, the Court finds, the basis of the order for reference, that the 2014 laws seem to imply that consumers, where they invoke the unfair nature inter alia of the term relating to the exchange-rate risk, must request also that the court seised of the case declare the contract to be valid until the date of its decision.
Therefore, those laws are capable of preventing consumers from not being bound by the unfair terms concerned and the contract containing such a term from being cancelled in its entirety if it cannot continue to exist without that term. It follows that, on those points, the 2014 laws are not compatible with the requirements of the directive. (curia.europa.eu)
Read the full text of the decision here
[1] Council Directive 93/13/EEC of 5 April 1993 on unfair terms in consumer contracts (OJ 1993 L 95, p. 29).