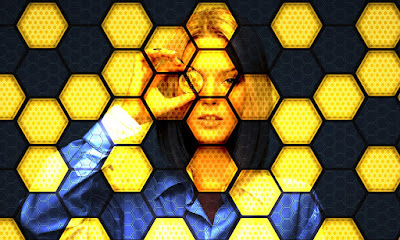 Τhe Fifth Anti-Money Laundering Directive (5AMLD) which was adopted by the European Parliament on 19 April 2019 will need to be transposed into National Law by all Member States by 10 January 2020, i.e. 18 months after its adoption. Although some Member States have already done so, the rest will need to follow suit as the deadline is fast approaching.
The directive incorporates for the first time a regulation on virtual currencies (cryptocurrencies) and introduces their definition, according to which: “virtual currencies” means a digital representation of value that is not issued or guaranteed by a central bank or a public authority, is not necessarily attached to a legally established currency and does not possess a legal status of currency or money, but is accepted by natural or legal persons as a means of exchange and which can be transferred, stored and traded electronically (Article 2 d (18)).
Of note in the new directive is that the definition given to “virtual currencies” covers a wide range of uses of these currencies, in addition to them being a means of payment. They could also be used for other purposes and find broader applications such as a means of exchange, investment, store-of-value products or use in online casinos. The objective of this Directive is to cover all the potential uses of virtual currencies.
The Directive also distinguishes virtual currencies from local currencies, also known as complementary currencies, that are used in very limited networks such as a city or a region and among a small number of users.
Furthermore, it also introduces the concept of “custodian wallet provider” as an entity that provides services to safeguard private cryptographic keys on behalf of its customers, to hold, store and transfer virtual currencies.
Of great importance is the amendment of Article 47 of the AML Directive (referred to supervision) as a consequence of the introduction of the concept of virtual currencies. Specifically, paragraph 1 of Article 47 is amended as follows: “Member States shall ensure that providers of exchange services between virtual currencies and fiat currencies, and custodian wallet providers, are registered, that currency exchange and cheque cashing offices, and trust or company service providers are licensed or registered, and that providers of gambling services are regulated”.
The introduction of virtual currencies into the regulation of the AML directive to include providers engaged in exchange services between virtual currencies and fiat currencies as well as custodian wallet providers, is changing the status to date in the largely unregulated area of ​​cryptocurrencies in EU countries.
In order to fight money laundering and financing of terrorism (AML/CFT), competent authorities should be able, through obliged entities, to monitor the use of virtual currencies.
The new regulation may not address all the potential cases that could hypothetically or realistically arise, nevertheless it is a first important legislative step that will help to achieve the greatest possible legal certainty in this newly established and rapidly expanding trading area.
_____________________________