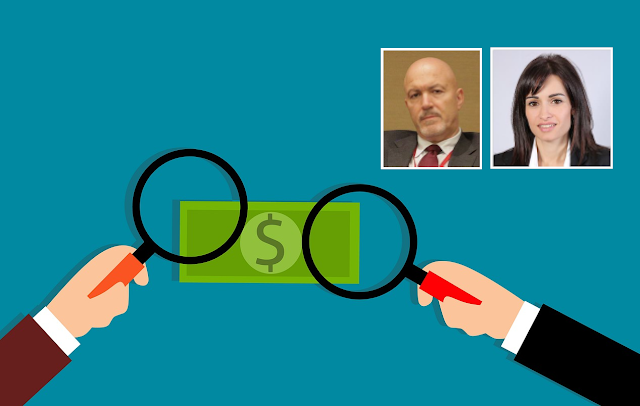 According to a press release issued by the Cypriot police, on 31st January 2020, a 42-year-old Ukrainian national had been arrested in Budapest pursuant to a European arrest warrant, extradited to Cyprus and remanded in custody, in connection with financial fraud totaling $92m, orchestrated through Cypriot-registered companies. The individual arrested was the CFO of Mriya Agro Holding Public Ltd (“Mriya”), the Cypriot holding company of what was once one of Ukraine’s largest agricultural groups. Others wanted in connection with this matter are in hiding in Switzerland, where the authorities are known to be slow in executing international arrest warrants.
This is the outcome of a lengthy investigation by the Cypriot police following a criminal complaint made by the Liquidators of Mriya 4 years ago and vindicates what has recently been identified in a report of the Council of Europe’s anti money laundering body, Moneyval, published in December 2019, where it was identified that Cypriot authorities must be “more aggressive in pursuing money laundering from criminal proceeds generated outside Cyprus”.
The fact that it has taken the Cypriot Economic Crime Unit 4 years before arrest warrants were finally issued, will, undoubtedly, have rubbed salt into the wounds of creditors that suffered hundreds of millions in losses and have not seen any repercussions, so far, being suffered by those responsible, leaving the perpetrators feeling they are invincible.
Unravelling sophisticated international fraud committed through complex corporate structures, is extremely costly and time consuming and often, the architects of such schemes, “bank” on their victims not having the appetite and the perseverance, to unravel the fraud, not to mention the deep pockets required to do so. Recognition of liquidators’ draconian powers across international borders, when investigating fraudulent schemes is invaluable, but when faced with complex multi-jurisdictional fraud an efficient and speedy response on the part of the authorities is also key in the fight against money laundering and fraud.
Unfortunately, for those that masterminded the demise of Mriya, which collapsed with over $1 billion in debt, the Liquidators are determined to see this through to the end; several legal actions have been instigated in Cyprus and abroad, including successful applications for disclosure and freezing injunctions, recognition of their appointment in Switzerland, to mention a few.
Having discovered the existence of a luxury villa in Munich, the ownership of which was linked to the fraudsters, the Liquidators expeditiously obtained a freezing injunction over the property before also securing a worldwide freezing order against a number of those who looted Mriya’s assets. The freezing order was recognised and enforced with the German Land Registry blocking the transfer of the villa, which was being marketed for sale at $12m and was purportedly sold on the date the freezing order was granted, for $8.6m.
Getting to this stage has been no mean feat, it has been extremely costly, liquidators are often not in a position to cover such costs, fortunately, in this matter, with support of the creditors and their professional advisors[1] as well as our lawyers, we were able to do so.
However, had the police had the resources and capacity to investigate such matters expeditiously, prosecute those responsible quickly, and confiscate their assets, this would undoubtedly lead to a change in attitude in those seeking to launder proceeds of crime through Cypriot entities. This was also highlighted in the Moneyval report, which identified that “the competent authorities have not been very proactive at freezing and confiscating foreign criminal proceeds at their own initiative” and that “if cases are taking a long time to come to court, this could have a detrimental effect on the effective management of frozen assets”.
We know the perpetrators behind the Mriya fraud have assets in other jurisdictions, however the cost to the liquidation, of freezing those assets, precludes us from doing so. This case is a classic example of why it’s crucial for the authorities to take swift action. If by now, confiscation and/or freezing orders had been obtained by the police, this would also have removed hurdles the liquidators have had to overcome and find ways to fund.
Nevertheless, the progress made so far, and the recent arrest will give a warning to those involved in Mriya and others, that despite the obstacles faced, with persistence and patience on the part of all stakeholders, the perpetrators may just be brought to justice[2].
*Chris Iacovides is a Certified Public Accountant and a Licensed Insolvency Practitioner, Andri Antoniou is a solicitor (non practising), Member of the Law Society of England and Wales and a Licensed Insolvency Practitioner - both Directors of CRI Group www.crigroup.com.cy which specialises in all aspects of corporate and personal insolvency.


[1] Rothschild, Hogan Lovells, Dentons and L Papaphilippou & Co. LLC
[2] Further information in respect of the Mriya case and the actions of the Liquidators can be found in Creditors’ Reports at www.crigroup.com.cy/articles-publications/articles-reports/