The Committee of Ministers of the 47-nation Council of Europe has referred the Kavala v. Turkey case to the European Court of Human Rights to determine whether Turkey has failed to fulfil its obligation to implement the Court’s judgment in this case, in line with proceedings provided for under Article 46.4 of the European Convention on Human Rights. 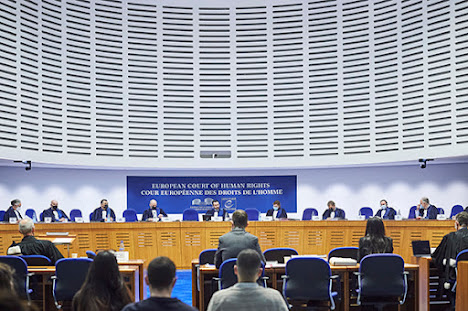 In an Interim Resolution adopted on 2.2.2022, the Committee found that, by failing to ensure Mr Kavala’s immediate release, Turkey is refusing to abide by the Court’s final judgment in his case. This view is disputed by the Turkish authorities.

In December 2019, the European Court ruled that Mr Kavala’s detention took place in the absence of sufficient evidence that he had committed an offence. It found that his arrest and pre-trial detention pursued an ulterior purpose, namely to silence him and dissuade other human rights defenders, and that the time taken by the Turkish Constitutional Court to review his complaint was insufficiently “speedy”.

The European Court concluded that the Turkish government was to take every measure to put an end to the applicant’s detention and to secure his immediate release. The Court’s judgment became final in May 2020, at which point the case passed to the Committee of Ministers to supervise the execution of the judgment.

In an Interim Resolution adopted on 2 December 2021, the Committee recalled its eight previous decisions, and one previous Interim Resolution, strongly urging the Turkish authorities to, on the one hand, ensure the applicant’s immediate release and, on the other, to ensure the conclusion of the criminal proceedings against him on the basis of the European Court’s findings and without delay.

The Committee notified Turkey of its intention to refer the issue to the Court at its meeting on 2 February 2022, asking Turkey to submit its view by 19 January at the latest. Those views were appended to the Interim Resolution adopted by the Committee of Ministers.

Article 46.4 of the Convention gives the Committee of Ministers, which is responsible for supervising the execution of the Court’s judgments, the possibility of referring to the Court the question of whether a state has failed to fulfil its obligation to implement a judgment. (coe.int)