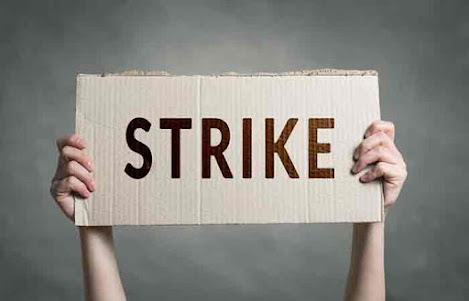 I. Τhe concept of strike

Irrespective of the regulations composing a national legal order’s framework of industrial relations, in western world at their center of gravity is posed the right to strike as it constitutes the highest manifestation of employees’ organized struggle directed to the assertion of their rights’ enhancement concerning their employment and in general financial conditions. By this means, in practical terms, the individual power of employees is channeled and pooled in the competent trade unions in order to collectively attain a better level of terms for their job positions through the united race against the employers’ omnipotence. In this vein, strike is popularly conceptualized in a lato sensu, namely more loose, meaning, in other words as it is commonly understood by a layman’s perception.

In strictly legal terms, strike is called [1]  the partial or total abstention of employees from the provision of the services owned to their employer (corpus) in order for them to force the latter to meet their goals connected with the employment and other financial circumstances at work (animus). To that respect, it follows that its doctrinal ingredients are based on two key-concepts that synthesize the legal «body» of strike.

On the one side, it is indispensably required the abstention from work, which legally is equated with the state of non-performing the principal duties deriving from the employment contract (non-contractual performance) [2] , while on the other one this behavior shall be definitely traversed by the purpose of supporting the advancement of employees’ legal interests. Therefore, regardless of its legal configuration adopted domestically each time regarding the exact formal and substantial conditions, under which strike is allowed to take lawfully place, those two elements are inextricably linked with its exercise and ascribe its stricto sensu, namely strictly legal, definition.

Read the judgement of the German Federal Labour Court here

[2] Despite the fact that the exact legal consequences of the contractual non-performance in the event of a strike is contingent on the specific national frame for regulating it, in general as it could be easily understood it is of utmost importance as to whether each time the strike at stake is recognized or declared (the precise term varies accordingly depending on the domestic legal system of a legal act’s annulment. For example, in Greece, a strike is acknowledged as being legal or illegal by the competent courts), lawful or unlawful.