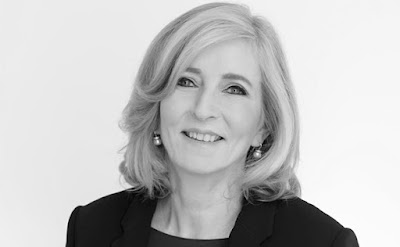 Emily O'Reilly has been re-elected as European Ombudsman, by Parliament with 320 votes in favour out of 600 votes cast. Her second mandate will last for five years.
"I am delighted to have been re-elected for a second term. I wish to sincerely thank my fantastic campaign team for the huge effort over the past four months, I wish to thank my colleagues in the Office for all their hard work over the past five years, and today most of all, I wish to thank the Members of the European Parliament,” said Ms O’Reilly.
"For the next five years, I will help ensure the EU maintains the highest standards in administration, transparency and ethics. Europeans expect and deserve nothing less.
One priority will remain tackling the lack of the transparency of EU law making by national governments in Brussels. We need to stop the ‘blame Brussels’ culture, when often it is citizens’ own national Ministers taking the key decisions in the EU.
I will also be holding President Von der Leyen to her commitments on good administration, transparency and ethics. I look forward to our first meeting.”
Emily O’Reilly was elected European Ombudsman in 2013, taking over the post in the final year of her predecessor. She was then re-elected for a five-year mandate in 2014.
Positive changes to the public administration as a result of Ms O’Reilly’s inquiries include the strengthening of the Commissioners’ Code of Conduct, improved ethics and transparency policies in the ECB and EIB, a complaints mechanism in Frontex, payment for over 800 trainees a year in EEAS global delegations, and more transparency in how the Eurogroup works.
During her first mandate Ms O’Reilly introduced an Award for Good Administration, a Fast-Track procedure for access to document inquiries and guidlines for EU civil servants on interacting with lobbyists. She also ensured that all Ombudsman decisions and communications material follow the principles of clear writing, so they are easy to understand for the public.(ombudsman.europa.eu)