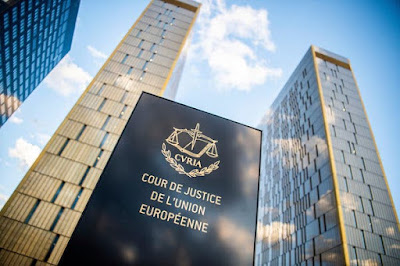 By George Kazoleas, Lawyer LL.M. The right of early repayment of the loan by the borrower is enshrined in both European law and national legal systems. There are essentially two main effects of this right’s exercise: On the one hand, the consumer/ borrower is entitled to a reduction in the total cost of the credit consisting of interest and charges for the remaining period of the contract. On the other hand, the bank shall be entitled to reasonable and objectively justified compensation for any costs directly linked to early repayment of the credit, provided that the early repayment is made within the period for which the borrowing rate is fixed. (Article 16 (1) of Directive 2008/48). Bank’s compensation The relative clauses used by most banks regarding the issue of early repayment of the loan are vaguely worded and non-transparent and have therefore been repeatedly declared illegal, unfair and abusive. It is commonly stated that compensation includes any costs, expenses, losses, or liab…
Read more

Editor: Anastasios Tsanakas, Lawyer Numerous Jurisdictions, including the Republic of Cyprus have decided as part of their measures for the prevention of Covid 19 transmission, the suspension of Court operations. Nevertheless and for obvious reasons there can be no universal lockdown to the administration of justice. A possible solution to the imposed restrictions that inhibit justice accessibility is the development and establishment of “e-trials”. In the UK, an entire trial is being conducted over Skype in a legal first that lawyers say could be a model way to ensure court business continues during the Covid-19 pandemic. The Judge, is asked to decide whether it is in the best interests of a 70 years old man that suffered a major stroke in 2016 to have the clinically assisted nutrition and hydration he receives through a tube, withdrawn. The patient’s daughter and GP disagree over his treatment and the local clinical commissioning group has asked the court to determine the course to take…
Read more