Moving between Member States without an identity card or passport - A fine amounting to 20% of the amount of the offender’s average net monthly income, is not proportionate to the seriousness of the offence

In its Judgment in Case C-35/20 (6.10.2021) , the European Court of Justice ruled that a Member State may require its nationals to carry a valid identity card or passport when travelling to another Member State, irrespective of the means of transport used and the itinerary, subject to sanctions. While EU law does not preclude the imposition of a criminal penalty, it does preclude disproportionate penalties, such as a fine amounting to 20% of the offender's average net monthly income. 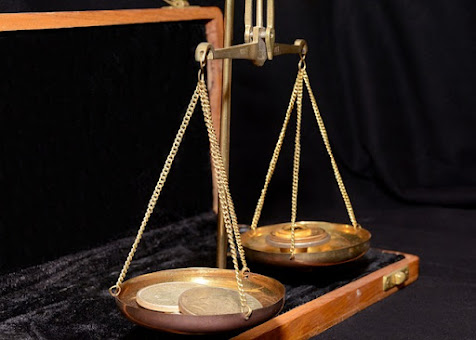 A, a Finnish national, made a round trip between Finland and Estonia in August 2015 on a pleasure boat. During that trip, he crossed the international waters between Finland and Estonia. He was the holder of a valid Finnish passport, but did not have it with him during that trip. As a result, during a border check in Helsinki on his return, A was unable to produce his passport or any other travel document, although his identity could be established on the basis of his driving licence.

The syyttäjä (prosecutor, Finland) prosecuted A for a minor border offence. Under Finnish law, Finnish nationals must carry a valid identity card or passport when travelling to another Member State by any means of transport and by any route, or when entering Finland from another Member State, on pain of criminal sanctions. At first instance, A was found to have committed an offence by crossing the Finnish border without a travel document. However, no penalty was imposed on him, as the offence was minor and the amount of the fine that could be imposed on him under the Finnish criminal law regime, based on his average monthly income, was excessive, the total amount of the fine being EUR 95 250. When the prosecutor’s appeal against that decision was unsuccessful, the prosecutor brought an appeal before the Korkein oikeus (Supreme Court, Finland).

The latter court then decided to ask the Court of Justice whether the Finnish legislation at issue in this case, and in particular the rules on criminal penalties under which crossing the national border without a valid identity card or passport is punishable by a fine of up to 20% of the offender’s net monthly income, is compatible with the right of citizens of the Union to freedom of movement provided for in Article 21 TFEU.[1]

Assessment of the Court

In its judgment, the Court clarifies, first of all, the conditions under which an obligation to carry an identity card or passport may be imposed, on pain of sanctions, possibly of a criminal nature, when travelling to a Member State other than that of which the person concerned is a national. In that regard, the Court notes, first, that the words ‘with a valid identity card or passport’ used in Directive 2004/38, [2] clarifying Article 21 TFEU, mean that the exercise by nationals of one Member State of their right to travel to another Member State is subject to the condition that they carry one of those two valid documents. The purpose of that formality linked to free movement[3] is to facilitate the exercise of the right to free movement by ensuring that any person benefiting from that right can be easily identified as such in the context of a possible check.

Consequently, a Member State which obliges its nationals to carry one of the documents referred to when they cross the national border to move to another Member State contributes to compliance with that formality. Secondly, with regard to the sanctions that may be imposed on a Union citizen who fails to comply with that formality, the Court states, with reference to the autonomy of the Member States in that respect, that the Member States may provide for sanctions, if necessary of a criminal nature, provided that they comply, in particular, with the principles of proportionality and nondiscrimination.

The Court therefore concludes that the right of citizens of the Union to freedom of movement does not preclude national legislation by which a Member State requires its nationals, on pain of criminal sanctions, to carry a valid identity card or passport when travelling to another Member State, irrespective of the means of transport used and the route taken. However, the modalities of those sanctions must comply with the general principles of Union law, including those of proportionality and non-discrimination.

The Court also reached the same conclusion as regards the requirement to carry an identity card or passport when a national of a Member State enters its territory from another Member State. However, the Court specifies that, while the presentation of an identity card or passport may be requested when a national of a Member State returns to the territory of that State, the obligation to be in possession of such a document cannot be a condition for the right of entry. Finally, the Court examines whether Article 21(1) TFEU and Directive 2004/38, read in the light of the principle of proportionality of sanctions laid down in the Charter of Fundamental Rights of the European Union, [4] preclude rules on criminal sanctions such as those laid down under Finnish law for crossing the national border without a valid identity card or passport.

In that regard, the Court observes that, while it is open to Member States to impose a fine in order to penalise a breach of a formal requirement relating to the exercise of a right conferred by Union law, that fine must be proportionate to the seriousness of the offence. Where, as in the present case, the obligation to carry a valid identity card or passport is disregarded by a beneficiary of the right to freedom of movement, who is the holder of such a document but has merely failed to carry it when travelling, the offence is not serious. Therefore, a heavy financial penalty, such as a fine amounting to 20% of the amount of the offender’s average net monthly income, is not proportionate to the seriousness of the offence. (curia.europa.eu / photo pixabay.com)

Full text of the decision is available here