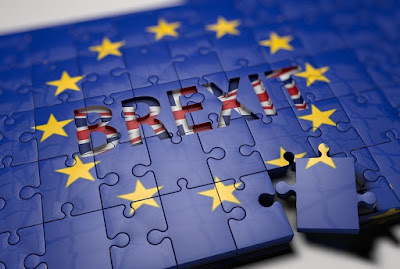 UK nationals would be able to enter the EU visa-free for short periods after the country’s exit, provided EU nationals enjoy the same conditions when travelling to the UK.
With 502 votes to 81 and 29 abstentions, plenary backed on 4/4/2019 the draft law exempting UK citizens from visa requirements to enter the EU for short visits after the country leaves the European Union.
The legislation will apply from the day following the UK’s withdrawal from the European Union. From that date, UK nationals who are British citizens will not be required to get a visa for stays in the EU of up to 90 days in any 180-day period.
The United Kingdom will be included in the list of more than 60 third-countries and territories whose nationals do not need to request a visa to enter the EU for business, tourism or to visit relatives or friends. The visa exemption does not provide for the right to work in the EU.
The EU will grant the visa waiver to UK citizens unilaterally, but on the basis of reciprocity, i.e. provided that EU nationals are also given visa-free access for short business or tourist trips to the UK when it becomes a non-EU country.
If the UK introduces a visa requirement for nationals of at least one member state, “the reciprocity mechanism foreseen in EU legislation should apply”, says the text. This may lead to visa requirements for UK nationals being reintroduced.
Sergei Stanishev (S&D, BG) , rapporteur for the proposal, said: “This is an important step for guaranteeing visa-free travel between EU and UK after Brexit, especially in case of no deal. It is no secret that the negotiations were blocked over Council’s persistence on the Gibraltar footnote, a matter unrelated to the essence of the report. This irresponsible approach seriously undermines the spirit of sincere cooperation between the EU institutions. In the end it was Parliament who demonstrated responsibility in order to avoid chaos, caused by the introduction of a visa regime, for British and European citizens”.
Following plenary’s approval, the draft legislation will have to be formally adopted by the Council of Ministries. It must be published in the Official Journal of the EU before 12 April, to prepare for a possible no-deal Brexit on that date.
The visa waiver will be applicable in all EU member states (except Ireland, which has its own visa policy) and in the Schengen associated countries (Iceland, Liechtenstein, Norway and Switzerland). Ireland and the UK have a specific bilateral arrangement which provides for visa-free travel between the two countries.
(europarl.europa.eu)