Showing posts from March, 2020
Show all

Editor: Anastasios Tsanakas, Lawyer Numerous Jurisdictions, including the Republic of Cyprus have decided as part of their measures for the prevention of Covid 19 transmission, the suspension of Court operations. Nevertheless and for obvious reasons there can be no universal lockdown to the administration of justice. A possible solution to the imposed restrictions that inhibit justice accessibility is the development and establishment of “e-trials”. In the UK, an entire trial is being conducted over Skype in a legal first that lawyers say could be a model way to ensure court business continues during the Covid-19 pandemic. The Judge, is asked to decide whether it is in the best interests of a 70 years old man that suffered a major stroke in 2016 to have the clinically assisted nutrition and hydration he receives through a tube, withdrawn. The patient’s daughter and GP disagree over his treatment and the local clinical commissioning group has asked the court to determine the c
2 comments
Read more 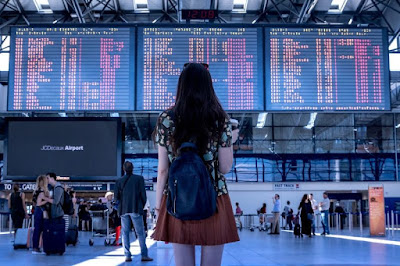 Ιn its Judgment in Case C-215/18 Libuše Králová v Primera Air Scandinavia A/S, ECJ ruled that a passenger who reserved his or her flight through a travel agency may bring an action for compensation for a long flight delay against the air carrier before the courts of the place of departure of the flight. Notwithstanding the absence of a contract between that passenger and the carrier, such an action comes within ‘matters relating to a contract’ within the meaning of the regulation on jurisdiction, with the result that it may be brought before the courts of the place of supply of the air carriage service. Ms Libuše Králová entered into a package travel contract with a Czech travel agency consisting of, first, carriage by air between Prague (Czech Republic) and Keflavík (Iceland), operated by the Danish air carrier Primera Air Scandinavia, and, second, accommodation in Iceland. Ms Libuše Králová’s Prague-Keflavík flight, of 25 April 2013 was delayed by four hours. She subsequently
Post a Comment
Read more
More posts