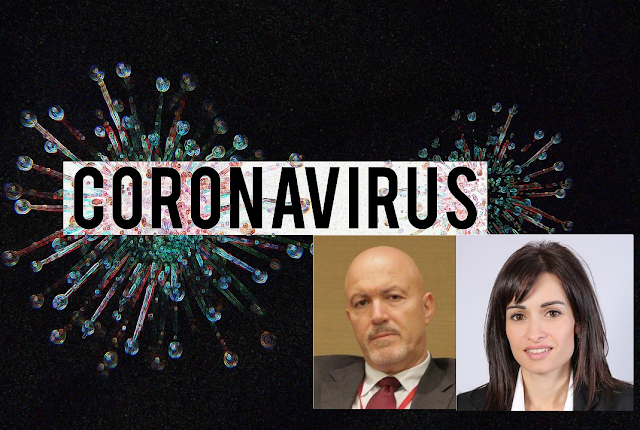 Whilst the UK is taking proactive measures to aid ailing companies and businesses from the aftermath of the coronavirus outbreak, one cannot help but wonder what the Cyprus government will do since the Examinership regime introduced as part of the rescue culture in 2015, failed miserably.
The UK may have been slower off the mark than many other countries in their fight against coronavirus nevertheless, the authorities have now ramped up the speed and scale of the measures being implemented to protect their national health system and the economy.
On Friday 27 March 2020, the British Government went to the extent of introducing more flexible insolvency procedures to help businesses.
According to Alok Sharma, UK’s Business Secretary, the following measures will take effect retrospectively from March 1st for 3 months during the coronavirus pandemic.
Under the plans, new restructuring tools will be added to the UK’s Insolvency Framework including:
A moratorium for companies giving them breathing space from creditors enforcing their debts for a period of time whilst they seek rescue or restructuring options;
Protection of supplies to enable them to continue trading during the moratorium by prohibiting the enforcement of contractual termination clauses;
An innovative restructuring plan, binding dissenting creditors which would have been no worse off in a liquidation scenario.
The proposals will include key safeguards for creditors and suppliers to ensure they are paid while a solution is sought.
A further key development is that the wrongful trading provisions shall be temporarily suspended to give company directors greater confidence to use their best endeavours to continue to trade during this pandemic emergency, without the threat of personal liability should the company ultimately fall into insolvency.
What is wrongful trading?
Wrongful trading or 'trading irresponsibly' is a civil offence and is governed in the UK by section 214 of the Insolvency Act 1986. It occurs when company directors continued to trade whilst they knew, or ought to have known that there was no reasonable prospect of avoiding insolvent liquidation and they failed to take every step with a view to minimising the potential loss to the company’s creditors. Essentially, directors must be found to have acted reasonably and responsibly in the time preceding a company’s insolvency to avoid wrongful trading proceedings.
If directors are found guilty of wrongful trading, they can be held personally liable for the company’s debts from the point in time they knew or ought to have known the company was insolvent. In some cases, they can also be disqualified from acting as director, fined or even imprisoned.
The wrongful trading provisions are not incorporated within our insolvency framework and under normal circumstances (post the pandemic crisis) the introduction of such an offence may go some way in acting as a deterrent to delinquent directors, nevertheless, section 180 of Cap 113 of the Laws of Cyprus enables the court, on application, to prohibit a person found guilty of any fraud against a company or breach of duty, from taking part in the management of a company.
In today’s financial climate, and the near-total meltdown of our economic system due to the Covid-19 pandemic, business viability depends on access to capital.
The ECB has taken unprecedented measures, making available up to €3 trillion in liquidity at the lowest interest rate ever offered, -0.75%. European banking supervisors have also freed up an estimated €120 billion of extra bank capital, which can support considerable lending capacity for the eurozone banks. However, the effectiveness of these measures will depend on our own government’s initiatives and decisions to ensure those companies which need the financial support will ultimately benefit and that they are given the crucial breathing space they will need.
The current uncertainty begs the question whether our technocrats and legislators, will act with sufficient foresight and speed to introduce legislative measures that will provide a mechanism to aid the business community to survive and recover.
Bitter experience, through the introduction of Examinership, should have taught us that for any urgent rescue mechanism to function and be effective in assisting ailing companies to survive, it must require minimal court involvement, beyond that, principles which could be incorporated should include the ability to compromise debts, prior to insolvency, similar to a Liquidator’s powers, pursuant to the provisions of section 233(1)(e) of Cap 113 and/or Schemes of Arrangements with creditors[1] in accordance with the provisions of section 198 of Cap 113, enabling all creditors to be treated on a pari passu basis[2].
Measures being adopted in the UK could also be emulated in Cyprus, in particular, a moratorium period giving companies and businesses the breathing space they will need during this difficult period, going beyond the suspension of loan repayments and interest! Cyprus’ economy is already highly geared, we need other tools, such as effective restructuring mechanisms to give debtors the lifeline they will need to survive and amendments to our existing legislation, especially foreclosure powers.
It is abundantly clear that  the Examinership regime forced upon us failed miserably, without a single successful appointment nearly 5 years after its introduction, now, more than ever, businesses will need the right tools, financial aid and support if they are to weather this storm; burdening them with more loans will be the last thing they need. and could be the straw that breaks the camel’s back!
Perhaps the concepts introduced as part of the EU’s Restructuring and Second Chance Directive, adopted in June 2019, with a focus on preventative restructuring frameworks will assist those responsible for enacting it in Cyprus to introduce mechanisms which will actually function within our legal and court system. Our economy deserves a second chance and one can only hope that this time, we will get it right.
*Chris Iacovides is a Certified Public Accountant and a Licensed Insolvency Practitioner, Andri Antoniou is a solicitor, Member of the Law Society of England and Wales and a Licensed Insolvency Practitioner - both Directors of CRI Group www.crigroup.com.cy which specialises in all aspects of corporate and personal insolvency.

[1] Amendment provisions will need to be incorporated by professionals that possess practical experience;
[2] The compromising of securities must be expressly prohibited in any Scheme of Arrangement, also section 300 of Cap 113, to the extent that it applies to preferential taxes, should be suspended temporarily.

By ADAM Global * Current Trends Affecting the Legal Industry The legal profession lacks qualified providers, the amount of legal work that is not reserved to qualified lawyers and that forms a big part of their income. This is where, “Legal technology” (legal tech or ‘lawtech’) is playing its huge role. The new provider competes on equal or more favorable terms than the law firm. Lawyers are now able to provide reserved activities and black letter law better, which is known to be more efficient and cheaper. Legal tech has excited the imagination of lawyers and non-lawyers alike as to its possibilities. In the legal sector the potential to do the same thing at a cheaper cost and more effectively is extremely appealing. In this blog we are going to the analyze the trends affecting the legal industry, and how the future of law firms will look like with the progress in legal technology.  AI and Technology: “Digital disruption all over the place” According to the most recent research, advance…
Read more

By George Kazoleas, Lawyer LL.M. The right of early repayment of the loan by the borrower is enshrined in both European law and national legal systems. There are essentially two main effects of this right’s exercise: On the one hand, the consumer/ borrower is entitled to a reduction in the total cost of the credit consisting of interest and charges for the remaining period of the contract. On the other hand, the bank shall be entitled to reasonable and objectively justified compensation for any costs directly linked to early repayment of the credit, provided that the early repayment is made within the period for which the borrowing rate is fixed. (Article 16 (1) of Directive 2008/48). Bank’s compensation The relative clauses used by most banks regarding the issue of early repayment of the loan are vaguely worded and non-transparent and have therefore been repeatedly declared illegal, unfair and abusive. It is commonly stated that compensation includes any costs, expenses, losses, or liab…
Read more 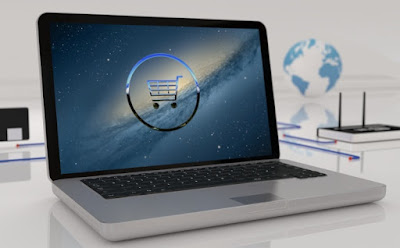