In Chamber's judgment (20.9.2022) in the case of McCann and Healy v. Portugal (application no. 57195/17) the European Court of Human Rights held, unanimously, that there had been no violation of Article 8 (right to respect for private and family life) of the European Convention on Human Rights. 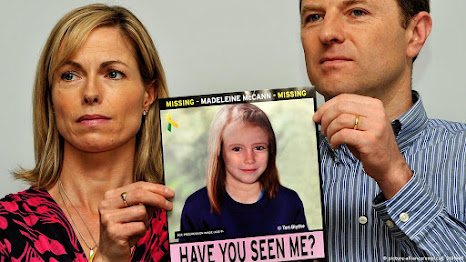 The case concerned statements made by a former detective inspector – in a book, a documentary and a newspaper interview – about the applicants’ alleged involvement in the disappearance of their daughter, Madeleine McCann, who went missing on 3 May 2007 in southern Portugal.

The Court considered that, even assuming that the applicants’ reputation had been damaged, this was not on account of the argument put forward by the book’s author but rather as a result of the suspicions expressed against them, which had led to their being placed under investigation in the course of the criminal investigation (the prosecutor’s office decided to take no further action in July 2008) and had led to intense media attention and much controversy.

The information had thus been brought to the public’s attention in some detail even before the investigation file was made available to the media and the book in question was published. It followed that the national authorities had not failed in their positive obligation to protect the applicants’ right to respect for their private life.

The Court also considered that in the Supreme Court’s judgments of January and March 2017 – concerning the civil claims lodged by the applicants – it had not made comments implying any guilt on the part of the applicants or even suggesting suspicions against them with regard to the circumstances in which their daughter had disappeared. The applicants’ complaint concerning their right to be presumed innocent was thus manifestly ill-founded. (echr.coe.int / photo: dw.com)

The decision is available here (in French)