Sweden filed a declaration of intervention in the case concerning allegations of Genocide before ICJ (Ukraine v. Russian Federation)

September 12, 2022
On 9 September 2022, the Kingdom of Sweden, invoking Article 63 of the Statute of the Court, filed in the Registry of the Court a declaration of intervention in the case concerning Allegations of Genocide under the Convention on the Prevention and Punishment of the Crime of Genocide (Ukraine v. Russian Federation). 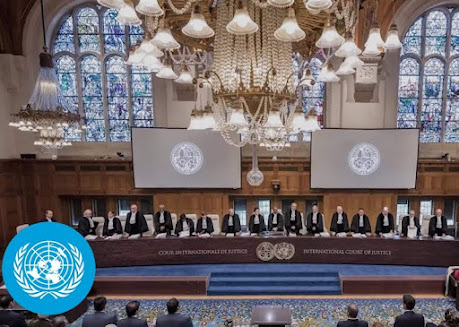 Pursuant to Article 63 of the Statute, whenever the construction of a convention to which States other than those concerned in the case are parties is in question, each of these States has the right to intervene in the proceedings.

In this case, the construction given by the judgment of the Court will be equally binding upon them. To avail itself of the right of intervention conferred by Article 63 of the Statute, Sweden relies on its status as a party to the Convention on the Prevention and Punishment of the Crime of Genocide (the “Genocide Convention”).

In its declaration of intervention, Sweden emphasizes that “the prohibition of genocide is a jus cogens norm in international law, and the rights and obligations enshrined in the Convention are owed to the international community as a whole”, and adds that it has “a direct and undisputed interest in the construction that might be placed upon the [Genocide] Convention by the Court in its decision in these [p]roceedings”.

In accordance with Article 83 of the Rules of Court, Ukraine and the Russian Federation have been invited to furnish written observations on Sweden’s declaration of intervention. (source: icj-cij.org/ photo : youtube.com)