23 states requested to intervene as 3rd parties in the ECtHR proceedings in the case of Ukraine v.Russia

23 Governments and one non-governmental organisation, the Geneva Academy of International Humanitarian Law and Human Rights, have requested leave to intervene as third parties in the proceedings concerning the case of Ukraine v. Russia (X) (application no. 11055/22). 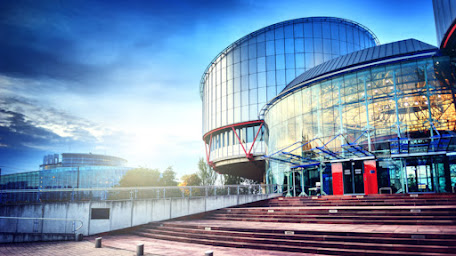 This inter-State case concerns the Ukrainian Government’s allegations of mass and gross humanrights violations committed by the Russian Federation in its military operations on the territory of Ukraine since 24 February 2022.

The requesting Governments are Austria, Belgium, Croatia, the Czech Republic, Denmark, Estonia, Finland, France, Germany, Ireland, Italy, Latvia, Lithuania, Luxembourg, the Netherlands, Norway, Poland, Portugal, Romania, Slovakia, Slovenia, Spain and Sweden. The Court will examine and decide on these requests in due course. Iceland and the United Kingdom have requested and been granted a short extension of the timelimit to request leave to intervene as a third party.

The President of the Court may, under Article 36 § 2 of the European Convention on Human Rights (see also Rule 44 § 3 of the Rules of Court), grant leave to any Contracting Party which is not a party to the proceedings or any person concerned who is not the applicant, to intervene in the proceedings. This is called third-party intervention. The person or State in question is entitled to make written submissions and, in exceptional cases, take part in public hearings.

The Court received the application in the case Ukraine v. Russia (X) on 23 June 2022 and gave notice of the case to the respondent State on 28 June 2022 . The Ukrainian Government allege that the Russian Federation unlawfully invaded Ukraine and that its invasion and occupation of parts of Ukraine were ongoing.

Including Ukraine v. Russia (X), there are currently five inter-State applications lodged by Ukraine against the Russian Federation pending before the Court.  Although the Russian Federation ceased to be a High Contracting Party to the Convention on 16 September 2022, the Court remains competent under Article 58 of the Convention to deal with applications directed against it in relation to acts or omissions capable of constituting a violation of the Convention provided that they occurred up until 16 September 2022.