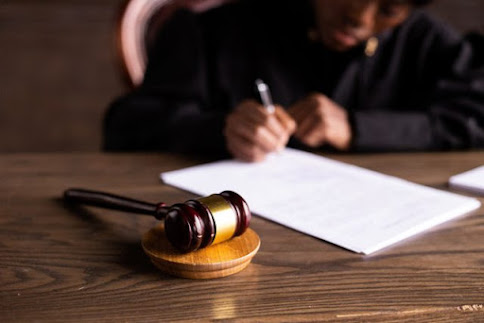 In Chamber's judgment in the case of Bilgen v. Turkey (application no. 1571/07) the European Court of Human Rights held, unanimously, that there had been: a violation of Article 6 § 1 (right to a fair trial) of the European Convention on Human Rights. The case concerned a senior judge at the Ankara Regional Administrative Court who had been transferred without his consent to another court in a lower judicial district by a decree of the High Council of Judges and Prosecutors that had not been subject to judicial review. After reiterating the importance of separation of powers, the Court found in particular that denying the applicant access to a court for an important career matter had not pursued a legitimate aim and could have potentially damaged judicial independence and had thus violated his rights.

The Government submitted an appraisal of the applicant’s professional performance carried out in 2005, in which he had been given an “average” rating and it had been stated that it “… would be appropriate to remove him from the post of president and relocate him to a court other than Ankara”.

The applicant submitted that on account of that appraisal he had been denied a pay rise. On 27 July 2006 the applicant applied for a review of the decision to move him to the Sivas court to the HSYK. He argued that the decisions had been taken without his consent, impinging on his judicial independence and damaging his professional reputation. Given Sivas was 440 km from his home, his assignment there had interfered with his right to respect for family life. In reply, the Ministry of Justice stated only that the moves had been on the basis of the needs of the service. That decision could not be appealed against to the ordinary courts. In 2007 the applicant applied to the Ministry for disclosure of the reasons for his “average” rating.

The Ministry replied that the appraisal forms were classified and did not fall under the Right to Information Act. Also in 2007, following an application by the applicant, the Justice Inspection Board stated that he had been informed of his rating and was given a list of recommendations for improvement to which he had not objected at the time. In 2007 the applicant applied for early retirement.

Relying on Article 6 § 1 (right to a fair trial) of the European Convention on Human Rights, the applicant complained of his having been denied the possibility of judicial review of the dismissal of his application for review of the decision to transfer him to the court in Sivas.

The Court reiterated that the right of access to a court was not absolute and could be limited in law where the aim was legitimate and the limitation proportionate. The Court also stressed the importance of separation of powers and the independence of the judiciary. The Court noted that the legal framework in Turkey did not provide judges with a geographical guarantee. That being so, it considered that the provisions of the Turkish Constitution and the relevant domestic provisions guaranteeing judicial independence in Turkey had provided the applicant, who had been a judge at the time, with a right to protection from arbitrary transfer.

The Court considered that it could refer to international norms of judicial independence in interpreting the existence of a right at the domestic level. Lastly, the Court held that the right in question was civil. The Court reiterated that in principle, disputes between civil servants and the State fell within the scope of Article 6 of the Convention unless two conditions were met, as set out in Vilho Eskelinen and Others. The conditions were that legislation expressly excluded access to a court to resolve the dispute and the exclusion was justified on objective grounds in the State’s interest. Even though in the present case the relevant legislation had expressly excluded access to a court, the Court found, in the light of the special role of the judiciary and the importance of separation of powers, that excluding members of the judicial class from the guarantees of Article 6 in matters concerning the conditions of their employment could not be justified on objective grounds in the State’s interest.

The Court noted that the decision to transfer the applicant had not been reviewed, nor had it been open to review, by an ordinary tribunal or other body exercising judicial powers, pursuant to the Constitution. The lack of judicial review had thus been lawful. The Court had to decide if the lack of judicial review of the judicial-transfer decisions had been Convention-compliant.

The Court reiterated the importance of judicial independence and procedural safeguards to protect that independence concerning decisions affecting the career of a judge. It noted, among other things, the international concern about the improper use of the transfer mechanism against judges in Turkey. Ultimately, what was at stake was trust in the judiciary and personal independence of judges.

The Court concluded that the applicant’s lack of access to a court had not pursued a legitimate aim. There had thus been a violation of Article 6 § 1 of the Convention.

The Court held that Turkey was to pay the applicant 12,500 euros (EUR) in respect of non-pecuniary damage and EUR 8,000 in respect of costs and expenses. (ECtHR/ Φωτογραφία από τον χρήστη Ekaterina Bolovtsova στο Pexels )