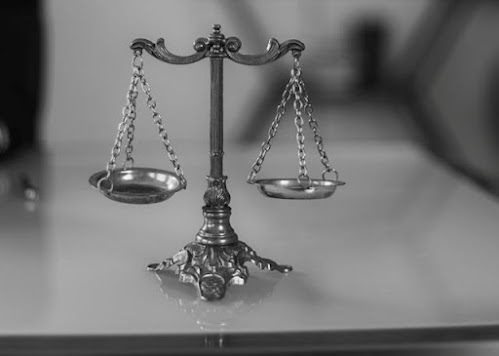 In its Chamber judgment in the case of Špadijer v. Montenegro (application no. 31549/18) the European Court of Human Rights held, unanimously, that there had been a violation of Article 8 (right to respect for private life) of the European Convention on Human Rights.

The case concerned the alleged bullying of a prison guard following her reporting an incident involving male prison guards coming into the women’s prison where she worked and their inappropriate contact with female prisoners, and her attempts to address this with the authorities. The Court found in particular that the manner in which the legal mechanisms had been implemented in the applicant’s case had been inadequate, constituting a violation of the obligation on the State to protect her rights.

Facts of the case

The applicant, Daliborka Špadijer, is a Montenegrin national who was born in 1978 and lives in Podgorica. In 2013 Ms Špadijer, then head-of-shift prison guard in a women’s prison, reported five colleagues for an incident in which male prison guards had been allowed to enter the prison and one of them had had “physical contact” with two female prisoners. Soon after, she had an alleged intimidating phone call with a colleague, and then her windscreen was smashed. She complained to the police. No prosecutorial action followed. Other alleged incidents of bullying behaviour occurred.

In 2013 Ms Špadijer’s colleagues who had been involved in the incident were fined between 20 and 30% of the salaries for two to three months. One of the male prison guards was also suspended from work during the proceedings with a 40% salary cut. Later that year, the latter prison guard spat in front of her and insulted her, saying, “Here is the stinking bitch. If she would only lose 50 kilos she might look acceptable”. She complained to prison security. As the governor failed to follow up on the complaint, she turned to the assistant governor. He stated that “even if the Minister of Justice were to call him, the applicant would no longer be head of shift”.

Ms Špadijer alleged that numerous and ongoing bullying incidents followed, and that on a few occasions the prison hierarchy had failed to support her. In September 2013, she went on sick leave. A complaint to the mediator was dismissed. In November 2013 she went to court, unsuccessfully. The court stated that the incidents had not amounted to bullying, but did find that she was suffering from post-traumatic stress from the incidents.

While the proceedings were ongoing, she was attacked, beaten up and warned by an unknown assailant. The first-instance judgment was upheld by the High Court and the Supreme Court, and a constitutional complaint lodged by her was unsuccessful. Likewise, a complaint to the Ombudsman was in vain. In 2016, Ms Špadijer retired owing to health reasons.

Relying on Articles 3 (prohibition of inhuman and degrading treatment), 6 (right to a fair trial), and 13 (right to an effective remedy), the applicant complained, in particular, of the psychological damage caused by her constantly being bullied and of the authorities’ failure to protect her.

Firstly, the Court held that the applicant’s main complaint should be examined under Article 8 rather than Articles 3 and 6. The Court considered it established that there was a link between the incidents and the alleged deficient reaction of the relevant authorities, on the one hand, and the applicant’s psychological problems, on the other hand. The Court reiterated that States have a duty to protect the physical and psychological integrity of individuals from others, including setting up a legal framework with that aim. There were, the Court confirmed, remedies in domestic law for bullying. However, those remedies also had to work in practice. It considered that the mediation process had not been in compliance with the law. Despite a connection between the incidents in question and the applicant’s state of health having been established, she had received no protection from the courts, who adjudged the frequency of the incidents insufficient to warrant action. The Court reiterated that complaints of bullying should be examined in detail and in their totality, and not rejected merely on the basis of how frequently or infrequently they occurred, with the entire context being taken into account; some of the individual incidents remained unexamined altogether. The Court furthermore found that the reaction of prosecutors had been too slow, denying her opportunities to pursue her case. Overall, the Court found that the manner in which the legal mechanisms had been implemented in the applicant’s case – including the important whistle-blowing context – had been inadequate, constituting a violation of the positive obligation on the State to protect the applicant under this Article.

The Court ruled that there was no need to examine the complaints under Article 13 on the merits, as the issues were the same as those examined under Article 8.

The Court held that Montenegro was to pay the applicant 4,500 euros (EUR) in respect of nonpecuniary damage and EUR 1,000 in respect of costs and expenses. (source: ECtHR/ photo pexels)