A euro area Member State can oblige its administration to accept payments in cash, but can also limit that payment option on public interest grounds 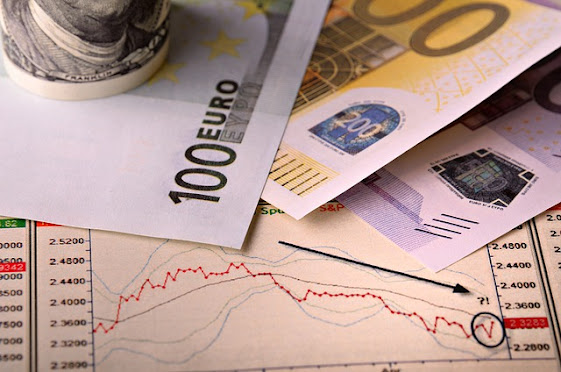 In its Judgment in Joined Cases C-422/19 and C-423/19 (Johannes Dietrich and Norbert Häring v Hessischer Rundfunk) the European Court of Justice ruled that a euro area Member State can oblige its administration to accept payments in cash, but can also limit that payment option on public interest grounds. Such a limitation may in particular be justified where payment in cash is likely to involve the administration in unreasonable expense because of the very high number of persons liable to pay.

Two German citizens who were liable to pay a radio and television licence fee in the Land of Hesse (Germany) offered to pay it to Hessischer Rundfunk (Hesse’s broadcasting body) in cash. Invoking its regulations on the procedure for payment of radio and television licence fees, which preclude any possibility of paying the licence fee in cash,[1] Hessischer Rundfunk refused their offer and sent them payment notices. The two German citizens brought an action against those payment notices and the dispute reached the Bundesverwaltungsgericht (Federal Administrative Court, Germany).

That court noted that the exclusion of the possibility of paying the radio and television licence fee by means of euro banknotes, as provided for by Hessischer Rundfunk’s regulations on the payment procedure, infringes a higher-ranking provision of federal law, under which euro banknotes are to be unrestricted legal tender.[2]

The Bundesverwaltungsgericht, however, queried whether that provision of federal law is compatible with the exclusive competence of the European Union in the area of monetary policy for the Member States whose currency is the euro, and referred the matter to the Court of Justice for a preliminary ruling. It also asked whether the status as legal tender of banknotes denominated in euro prohibited the public authorities of Member States from ruling out the possibility of a statutorily imposed payment obligation being discharged in cash, as is the case for payment of the radio and television licence fee in the Land of Hesse.

The Grand Chamber of the Court of Justice rules that a Member State whose currency is the euro may, in the context of the organisation of its public administration, adopt a measure obliging that administration to accept payment in cash or introduce, for a reason of public interest and under certain conditions, a derogation from that obligation. Findings of the Court First, the Court of Justice interprets the concept of ‘monetary policy’ in the area in which the European Union has exclusive competence for the Member States whose currency is the euro.[3]

The Court begins by stating that that concept is not limited to its operational implementation but also entails a regulatory dimension intended to guarantee the status of the euro as the single currency. Next, it notes that the attribution of the status of ‘legal tender’ only to euro banknotes ssued by the European Central Bank (ECB) and the national central banks[4] affirms the official nature of those banknotes in the euro area, excluding the possibility that other banknotes may also qualify for that status. It adds that the concept of ‘legal tender’ of a means of payment denominated in a currency unit signifies that that means of payment cannot generally be refused in settlement of a debt denominated in the same currency unit.

Last, it points out that the fact that the EU legislature can lay down the measures necessary for the use of the euro as the single currency[5] reflects the need to establish uniform principles for all Member States whose currency is the euro and contributes to the pursuit of the primary objective of the European Union’s monetary policy, which is to maintain price stability. Consequently, the Court rules that the European Union alone is competent to specify the status of legal tender accorded to banknotes denominated in euro.

However, the Court notes that it is not necessary for the establishment of the status of legal tender of banknotes denominated in euro or for the preservation of their effectiveness as legal tender to impose an absolute obligation to accept those banknotes as a means of payment. Nor is it necessary that the European Union lay down exhaustively and uniformly the exceptions to that fundamental obligation, so long as it is possible, as a general rule, to pay in cash.

Consequently, the Court concludes that the Member States whose currency is the euro are competent to regulate the procedures for settling pecuniary obligations, so long as it is possible, as a general rule, to pay in cash denominated in euro. Thus, a Member State can adopt a measure which obliges its public administration to accept cash payments in that currency. Second, the Court notes that the status of legal tender of banknotes and coins denominated in euro implies, in principle, an obligation to accept them.

However, it makes clear that that obligation may, in principle, be restricted by the Member States for reasons of public interest, provided that those restrictions are proportionate to the public interest objective pursued, which means, in particular, that other lawful means for the settlement of monetary debts must be available. In that regard, the Court states that it is in the public interest that monetary debts to public authorities may be honoured in a way that does not involve those authorities in unreasonable expense which would prevent them from providing services cost-effectively.

Thus, the public interest reason relating to the need to ensure the fulfilment of a statutorily imposed payment obligation is capable of justifying a limitation on cash payments, in particular where the number of licence fee payers from whom the debt has to be recovered is very high. It is nevertheless for the Bundesverwaltungsgericht to ascertain whether such a limitation is proportionate to the objective of actually recovering the radio and television licence fee, in particular in the light of the fact that the lawful alternative means of payment may not be readily accessible to everyone liable to pay it. (curia.europa.eu / photo: pixabay)

The decision is available here

[3] Under Article 3(1)(c) TFEU, given that, according to Article 2(1) TFEU, only the European Union may legislate and adopt legally binding acts in that area.