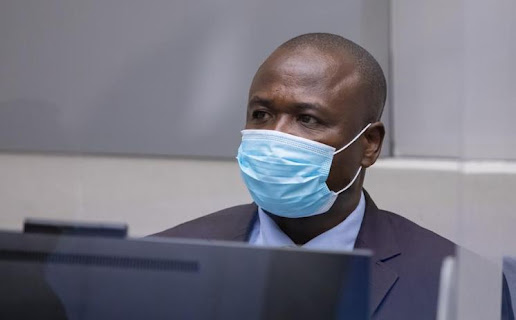 On 4 February 2021, Trial Chamber IX of the International Criminal Court ("ICC" or "Court") found Dominic Ongwen guilty for a total of 61 comprising crimes against humanity and war crimes, committed in Northern Uganda between 1 July 2002 and 31 December 2005. The verdict may be appealed by either party to the proceedings within 30 days after the notification of the Judgment.

ICC Trial Chamber IX, composed of Judge Bertram Schmitt, Presiding Judge, Judge Péter Kovács and Judge Raul Cano Pangalangan, analysed the evidence submitted and discussed before it at trial and found, beyond any reasonable doubt, that Mr Ongwen is guilty of the following crimes:

The Chamber found that these crimes were committed in the context of the armed rebellion of the Lord's Resistance Army (LRA)against the government of Uganda. The LRA, including Dominic Ongwen, perceived as associated with the government of Uganda, and thus as the enemy, the civilians living in Northern Uganda. This concerned in particular those who lived in government-established IDP camps.

The Chamber found that Dominic Ongwen is fully responsible for all these crimes. The Chamber did not find evidence that supported the claim that he suffered from any mental disease or disorder during the period relevant to the charges or that he committed these crimes under duress or under any threats.

Following this verdict, the Chamber will impose on Dominic Ongwen the sentence for the crimes of which he has been convicted. For this purpose, it will receive submissions on the appropriate sentence by the Prosecutor, the Defence for Dominic Ongwen and the legal representatives of the participating victims. A decision in this regard, including as concerns the timeline of the proceedings leading to the imposition of the sentence, has also been issued by the Chamber today. The ICC's founding treaty, the Rome Statute, does not provide for a death penalty; the sentence may be up to 30 years of imprisonment (and under exceptional circumstances a life imprisonment) and/or a fine. Furthermore, a phase dedicated to the reparations to victims will be opened.

Background: The trial in this case opened on 6 December 2016. The Prosecution and the Defence have completed the presentation of their evidence. The Legal Representatives of Victims also called witnesses to appear before the Chamber. On 12 December 2019, the Presiding Judge declared the closure of the submission of evidence in the case. The closing briefs were filed on 24 February 2020. The closing statements took place from 10 to 12 March 2020.

A total of 4095 victims, represented by their legal counsels Joseph Akwenyu Manoba, and Francisco Cox, as well as Paolina Massidda, respectively, have been granted the right to participate in the proceedings. They have expressed their position on matters heard before the Chamber and were authorised to examine witnesses on specific issues.

The Trial Chamber issued 70 oral decisions, and 506 written decisions during the trial phase of the proceedings. The total case record, consisting of the filings of the parties and participants and the Chamber's decision, currently includes more than 1760 filings. (icc-cpi.int)