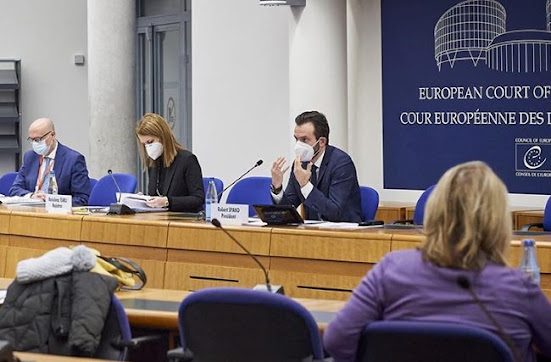 Increased polarisation and challenges to Europe’s fundamental principles, together with the global COVID-19 pandemic, are likely to create the most difficult period we have seen in many years, according to the President of the European Court of Human Rights (ECHR). Speaking at the court’s annual press conference in Strasbourg, ECHR President Robert Spano said that democracy, the independence of the judiciary and the rule of law are increasingly being called into question at both the European and global levels.

He added that the on-going pandemic has already raised a number of important human rights issues, including the proportionality of measures taken by Council of Europe member states, the legal basis of those measures and the use of domestic procedures to sanction actions or inaction. President Spano underlined that the ECHR has been able to continue its work despite the pandemic, deciding on over 39,190 applications in 2020 and holding online public hearings for the first time.

Nevertheless, there were approximately 62,000 applications pending before the ECHR at the end of 2020. 70% of those applications related to just four Council of Europe member states – Russia (13,650), Turkey (11,750), Ukraine (10,400) and Romania (7,550). President Spano highlighted the success of changes to the ECHR’s working methods in reducing the backlog of pending cases and said that the Court’s priority policy would be further strengthened to help reduce timescales. The President also stressed the binding and unequivocal obligation of each Council of Europe member state to implement ECHR judgments, which he said was fundamental to the system and “crystal clear” from a legal point of view. (source: coe.int)

The Speech by the ECHR President Robert Spano is available here